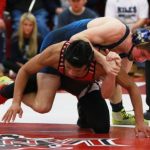 Congratulations to Coach Desenberg! Regional Assistant Coach of the Year! Niles Wrestling is lucky to have such wonderful Coaches!! 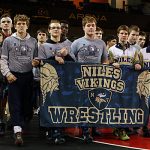 The No. 6-seeded Niles wrestling team advanced to the Division 2 state semifinals at McGuirk Arena on the campus of Central Michigan University with a 36-26 victory over No. 3-seeded St. John’s Friday night. The Vikings (17-1) will take on No. 2 seed Warren Wood-Tower at 11:30 a.m. at McGuirk Arena. The winner advances to

No Events This Week

Events are added by athletic staff.
View All Events