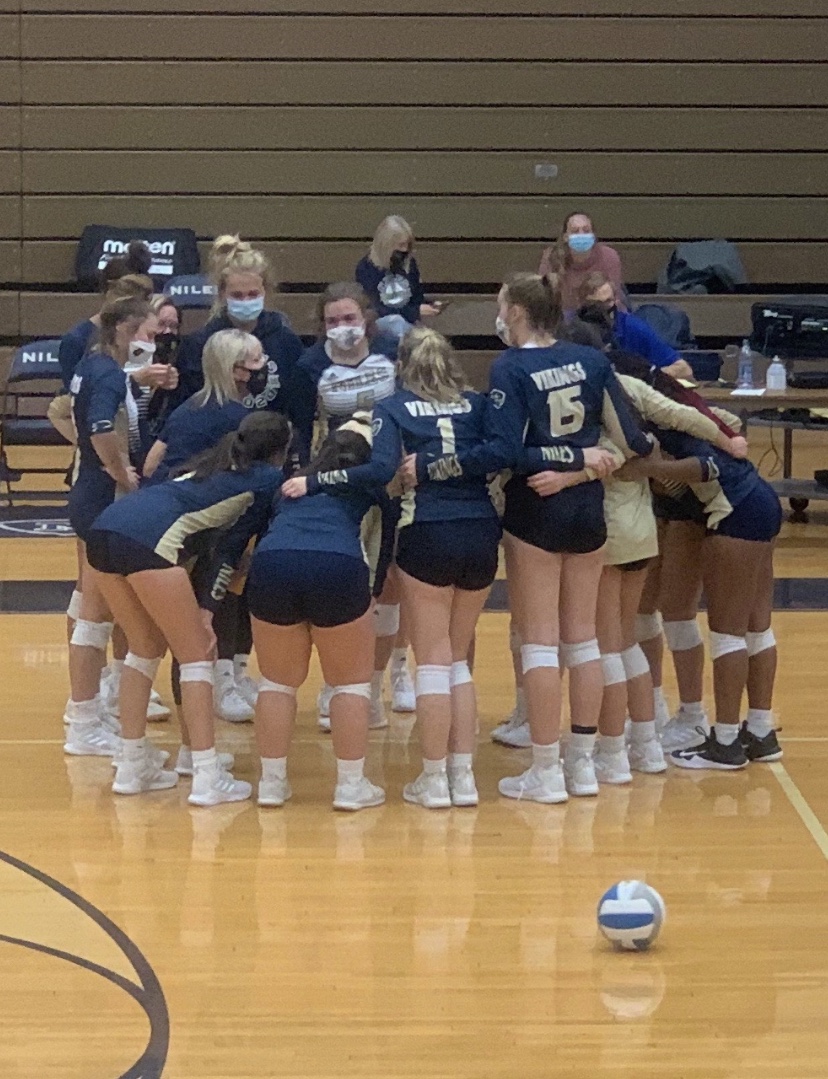 The Niles Varsity Volleyball Team lost a five set heartbreaker tonight 3-2 in the District Championship. “I am extremely proud of this team. Even though we were missing a few key players tonight, these girls came ready to battle. They have put in extra work, reps, and game analysis in the last 24 hours in order to prepare and embrace their roles for the match tonight. As a coach, I can’t ask for more than they gave. They left it all on the court and went down swinging. There are not many teams that can deal with pressure and adversity like they did and become a stronger team and better teammates because of it. They have truly inspired me as a coach this season, and it was my honor to work with every single one of them. They are outstanding role models for every student athlete in our school, volleyball program, and community, and I told them to hold their heads up high as the exited the gym tonight. They accomplished various lofty goals this season including a conference championship. Although the night didn’t end the way we planned, I know these girls, and they will rally around their seniors, will take this loss, regroup, learn from it, and will use it as motivation to come back stronger and even tougher next season.